Do you want to give someone access to view People but not TouchPoints? Or maybe only edit their own touchpoints? Or not allow them access to UkuuPeople at all?

If you want to limit what certain users see based on their role, here's what you need to know:

First of all, you need UkuuPeople 1.6 or later and a role editor (like "Members" or "User Role Editor") plugin installed.

Then you can go into your Users > Add New Role. 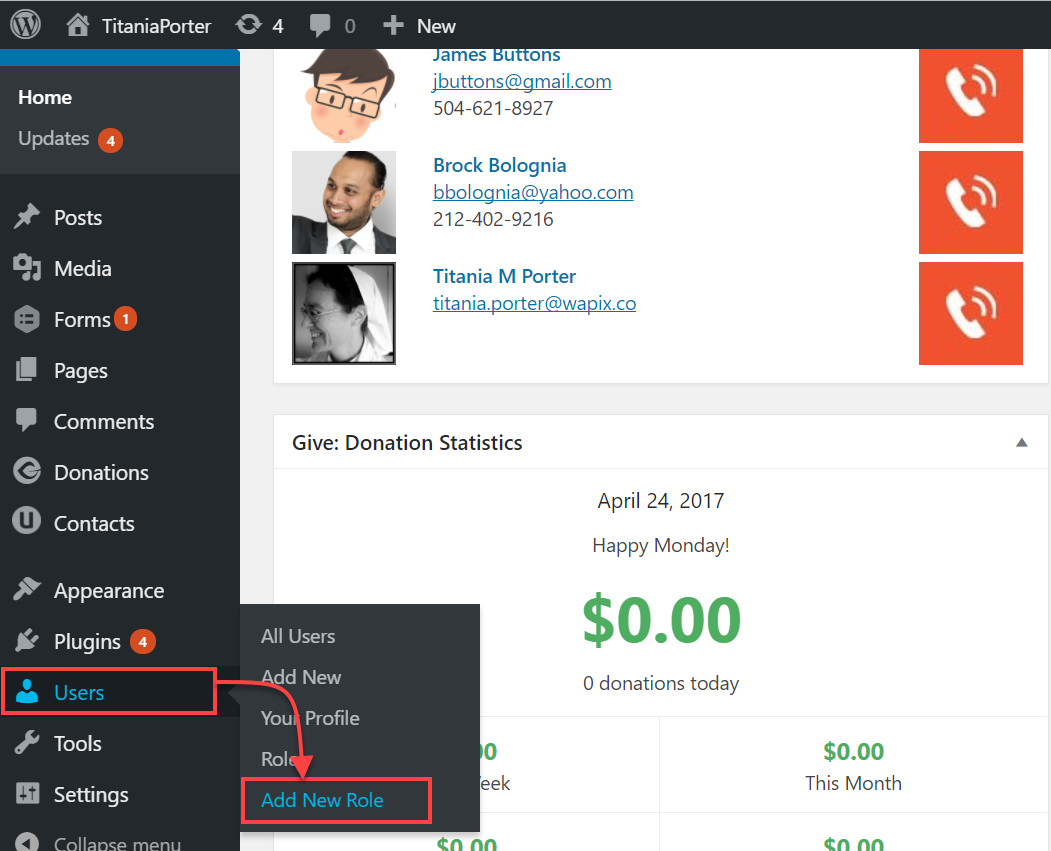 Set up a specific role, designate the permissions that go along with that role, and start assigning your People a role!

And now you can assign this role to any of your users that you want to have access to UkuuPeople.

(Yes, all New Contacts in UkuuPeople automatically become Users [though not vice versa], and you assign roles from the User records.)